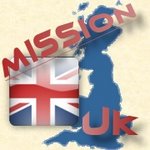 My Boss invented my college and my to a pretty good lunch :)
- It was a restaurant located at a golf place and the food was pretty good :)

After I finished my work and went back home, I build down my campervan and made everything finish to go …
- it actually took me till , till I had finishing everything … - I filled up my freshwater tanks and emptied all waste water tanks …
I installed all my technical equipment, which is now working right ok :)
Also my TomTom works again =)

So on I started my big travel into the night, because it already started to get dark …
I drove so far without any problems … - I first choose a Park&Ride site as goal, but I found out, that this idea won’t work, as soon as I arrived there about two hours later …
They closed that site over night in a special way - they just set over night a height level of your car, which was pretty low.
So I couldn’t drive into the parking site, because my van was far to height … - but all the small cars, which didn’t drove out, till they closed where free to go … - good idea of the park site management - but not really good for me ;P

So on I just parked for a few seconds at the big Tesco parking site, which was just above the street … - I walked again just few steps to the Park&Ride site, to take a look, if they really locked it, or if I’m would be able to just open the gate and drive in there - but it was locked and watched by an camera ;P
So on I had to search for something new, because at the Tesco parking site they had really big signet, which said, that you are only allowed to stay for a maximum of three hours and it will be checked automatic by all there cameras (and they really had a lot of cameras around there Supermarket ;) …
I quickly took my computer and searched for a place, where I will take a next try ;)
I still had the whole time two backup plans - first one was just a small street close to a highway and the second one was a caravan park, which would had closed already, but I’m sure, that it would be possible, to park thought the night in front of there gate …
How ever - I actually searched my computer for some places, where you could find probably a parking site - and actually I found out, that the horse race ground of is just few minutes away - so I drove over there ;)
As I arrived there I didn’t had to dive inside there ground, because I already saw a camper van standing right in front of there … - I quickly parked myself in front of him and went soon to bed … - till now nobody told me to leave and I also didn’t got any parking tickets - I hope it will hold on, till I will leave ;P

Actually it was about half past might night, when I finally went to sleep :P
But I then slept very well =)